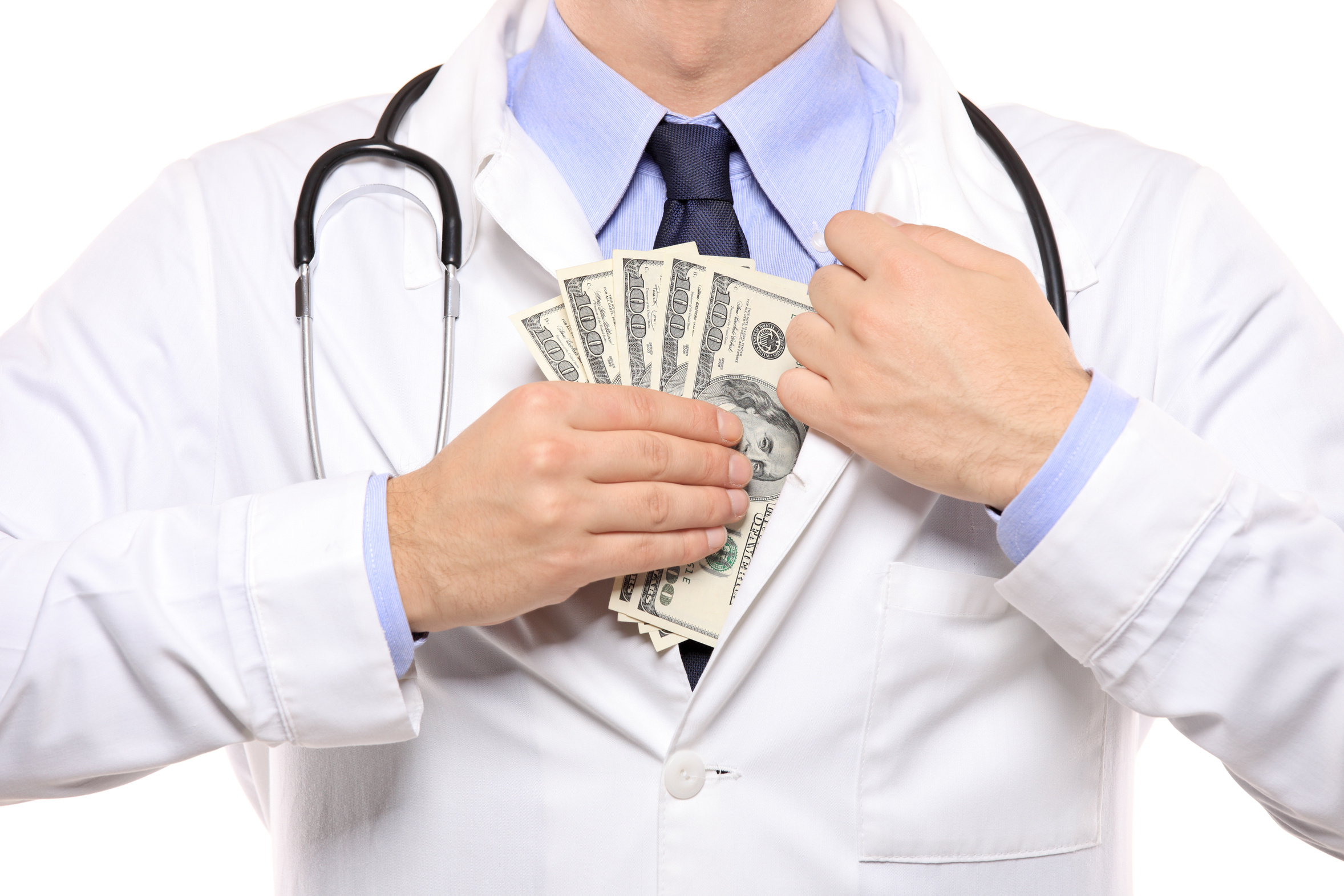 The public now has the ability to see how much their doctors get paid from Medicare. Is this unprecedented level of transparency good or bad?

For the sake of discussion, let’s replace “man” with “doctor.”

After Dow Jones & Co., the Wall Street Journal’s parent company, challenged and overturned a 1979 injunction “prohibiting the release of doctor-specific Medicare information,” you and I (the public) can now look up how much Medicare pays our doctor.

In other words, I can roughly (will get back to why roughly in a minute) tell how busy my doctor is and how much my doctor earns relative to his peers.

You can look up and see how much your doctor received from Medicare here.

This level of transparency offered to the public is unprecedented when it comes to healthcare.

Doctors will inevitably benchmark against their peers to compare if they may be overutilizing or underutilizing services, (i.e., “billing (in)efficiently” depending on their philosophy). Doctors will also be able to roughly tell how they stack up regarding the number of patients they see (i.e., “relative productivity”).

Furthermore, waste and/or billing fraud will be more apparent and reasons for investigating these will become more apparent to the public. Doctors receiving abnormally high Medicare payments will be asked why. Most will have appropriate justification; however, some will not and penalized accordingly with fines, license suspension or even jail time.

To me, this all sounds good and a step in the right direction to “leaning out” and “uncorrupting” our healthcare.

On the flip side, and not unexpectedly, there was a big backlash from doctors upon the release of this data.

Perhaps one of the biggest reasons for doctors’ anti-data sentiment in this case is that you and I (the public), as we so often do, may look at the data ignoring all the important “footnotes.”

Footnote 1. This is billing data, not compensation data (i.e., “Gross Charges” vs “Net Revenue”). The number you see in the database is not actually how much the doctor “takes home.” The share the doctor takes home changes dramatically depending on the doctor’s specialty, nature of services, etc. For example, on average ophthalmologists are some of the “highest paid” doctors according to this data. That is because they often bill for Lucentis, a drug that treats macular degeneration and costs $2,000 a pop. In reality, they take home no more than 6% of the bill for drugs Lucentis, as governed by law, not the full $2,000.

Footnote 2. As said on the website, “procedures attributed to a specific physician may have been performed by other people under that doctor’s supervision.” In other words, if a doctor had 10 cases where he supervised 5 and led the other 5, this data would attribute the billing of all 10 to that doctor inflating his true total billing charges.

Footnote 3. Medicare is only part of the picture. High chances are your doctor sees Commercial patients and maybe Medicaid patients too. The mix of what share of patients in each payor group your doctor sees (i.e., his payor mix) will influence the magnitude of his Medicare reimbursement total. In other words, if 30% of Doctor A’s patients are Medicare vs 50% of his peer’s, it’s likely his peer’s Medicare billing total will be higher.

In conclusion, misinterpreted data can be a dangerous weapon. At the risk of being dramatic, citing wrong statistics or not understanding context is a tragedy. You see it all the time in political conversation – from Fox News to Bill Maher, more so the former. Applying this rule to the recently released Medicare billing data is no exception.

Still the fact that 1% of the top providers account for 14% of total Medicare reimbursement is worth investigating. We know there are goings-on of fraud and waste in our healthcare system. It’s more likely than not some of those goings-on are contributed by some of that 1%.

Finally, expanding this notion to the public sphere is a step in the right direction towards involving patients more and more in the crazy world of how healthcare works. One could argue that it’s not the public’s right to pry into “a man’s [doctor’s] salary,” and the release of the Medicare data enabled this. But two things to remember: Medicare is a government run, tax-payer funded entity whereby the public is more entitled to information than not and more importantly, healthcare is not like any other industry whereby individuals, including doctors, have to sacrifice certain luxuries, liberties and privacies, not excluding the potential for in-depth public and regulatory questioning

It’s our prerogative to understand and challenge the norms by which stakeholders in our healthcare system are rewarded. Transparency is key to this. And, like it or not, the government is pivotal in this quest. It is my hope other critical players, including private insurers and hospitals, either volunteer or face regulatory pressures to follow suit.